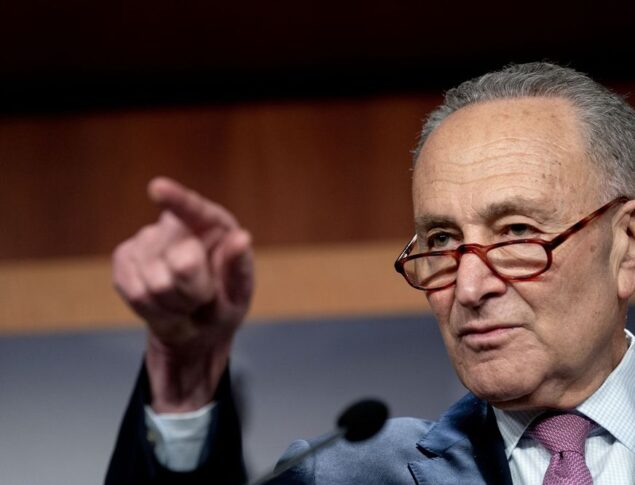 January 27, 2021 – Washington, D.C. –  Senate Majority Leader Chuck Schumer (D-NY) today spoke on the Senate floor regarding his disapproval of  Senator Paul’s point of order against President Trump’s impeachment trial and laid out why it is against history and the precedents of the Senate. Below are Senator Schumer’s remarks:

“M. President, the theory that the impeachment of a former official is unconstitutional is flat-out wrong by every frame of analysis: constitutional text, historical practice, precedent, and basic common sense.  It has been completely debunked by constitutional scholars from all across the political spectrum.

Now, the Junior Senator from Kentucky read one clause from the Constitution about the Senate’s impeachment powers. He left out another from Article I, Section III: “Judgment in cases of impeachment shall not extend further than to removal from office, AND disqualification to hold and enjoy any office of honor, trust or profit under the United States.”

If the Framers intended impeachment to merely be a vehicle to remove sitting officials from their office, they would not have included that additional provision —disqualification from future office.

The Constitution also gives the Senate the “sole power to try all impeachments.” So, what have past Senates decided on this question?

In 1876, President Grant’s Secretary of War, William Belknap literally raced to the White House to tender his resignation before the House was set to vote on his impeachment. Not only did the House move forward with the impeachment, the Senate convened a trial, and voted, as a chamber, that Mr. Belknap could be tried “for acts done as Secretary of War, notwithstanding his resignation of said office.” The language is crystal clear, without any ambiguity.

The history and precedent is clear: the Senate has the power to try former officials.

And the reasons for that are basic, common sense.

It makes no sense whatsoever that a president, or any official, could commit a heinous crime against our country and then defeat Congress’ impeachment powers—and avoid a vote on disqualification—by simply resigning. Or by waiting to commit that offense until their last few weeks in office.

The theory that the Senate can’t try former officials would amount to a constitutional get-out-of-jail-free card for any president who commits an impeachable offense. Ironically, the Senator from Kentucky’s motion would do an injury to the Constitution by rendering the disqualification clause effectively moot.

Former President Trump committed, in the view of many, including myself, the gravest offense ever committed by a President of the United States. The Senate will conduct a trial of the former President, and Senators will render judgement on his conduct.