(Elmira, NY) “Today I announce my candidacy for the NYS Assembly in the 124th District, as a Democrat. I feel I have something to offer this underserved District. I will bring the same commitment and passion to this elected position that I have for my current 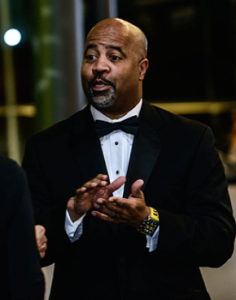 role serving on the Elmira City School District Board of Education. Our campaign will focus on making the 124th Assembly District a player in Albany,” said Randy Reid

The 124th Assembly District runs from the Elmira-Corning Regional Airport to the Binghamton Regional Airport in the Town of Maine along the I-86 Corridor. There are so many development opportunities for our region and we need an experienced leader, who will champion our area. We haven’t had leadership from our Assembly Representative since George Winner and Tom O’Mara were in the Assembly.

“For everyday working voters I also understand what its like to live paycheck to paycheck while trying to pay bills. My wife and I experienced this when we first were married 22 years ago. Recently, we overcame bankruptcy in our businesses so I know the struggle is real.” Reid said.

Randy Reid spent over 20 years in the TV industry. He opened his Advertising Agency in 2011 after spending 8 years as VP and General Manager of WETM-TV in Elmira. Reid previously worked at WENY-TV and WBNG-TV in Binghamton. Currently Randy is a partner at Gateway Product Solutions in Elmira and works as a consultant in Marketing and Advertising. In addition, Randy was recently hired by Capabilities, in Elmira as the Business Development Manager.

Reid has been married to Dee Harvey Reid for 22 years. Dee is a native of Binghamton and graduated from Binghamton High School in 1987. Dee and Randy have a blended family with Jaran, Jerome, Ariel and Cameron. They are also grandparents to Aubriannah.

Randy Reid is currently a member of the Elmira City School District Board of Education. First elected to the board in 2012, he is now serving his second term.

Additionally, Mr. Reid serves on a number of Boards including, Southern Tier Economic Growth, and STC Regional Planning Board. Reid is also a board member of Chemung County Child Care Council, Arctic League, and the Ernie Davis Scholarship Committee. Mr. Reid is also a member of the Elmira Rotary Club and is a Paul Harris Fellow.