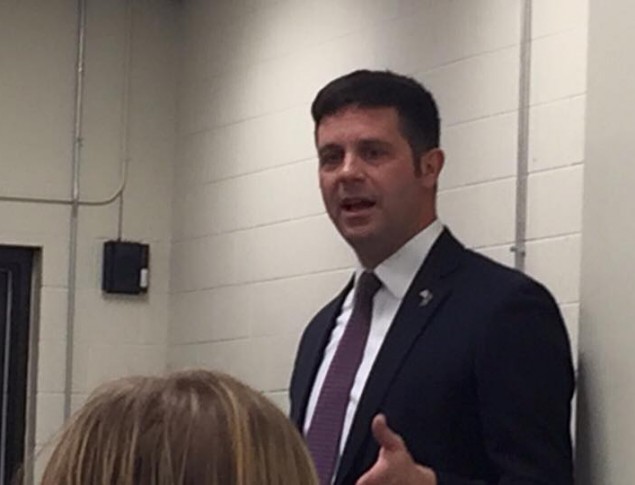 John Plumb is a fourth-generation native of western New York from the Jamestown area. Plumb, a Naval Reserve officer in his 22nd year of service, is running against Congressman Tom Reed to represent New York’s 23rd Congressional District.

The Chemung County Democratic Committee is pleased to provide an opportunity for Chemung County voters to meet the candidate and expects to see a large turnout for the event.

“John is running for Congress to fight for our communities because he is tried of politicians like Tom Reed who care more about partisan games than serving the families they are supposed to Represent”.

“John believes for communities to thrive again, we need a strong voice in Congress to stop unfair trade deals, strengthen manufacturing, and make sure our rural communities stop being ignored”.

About John Plumb
John Plumb is a fourth generation Western New Yorker, Navy Reserve Commander, and Democratic candidate for Congress in NY-23 (www.johnplumbforcongress.com). He has served as a submarine officer in the Navy, an official at the Pentagon, and most recently at the National Security Council. He has not previously held public office. Use of his military rank and job titles does not imply endorsement by the United States Navy or the Department of Defense.