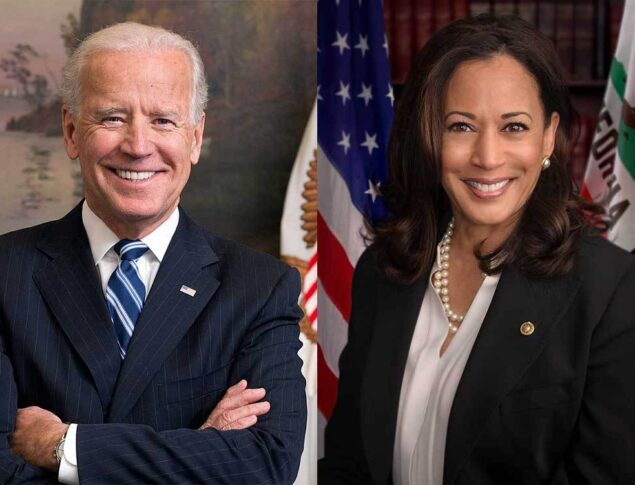 On Saturday, November 7, four days after the election when it became obvious that Joe Biden and Kamala Harris’ vote lead in Pennsylvania was unsurmountable, the Associated Press and media outlets across the world declared them the victors of the 2020 US Presidential Election.

Our projection is that Biden-Harris will be declared the winners in Nevada, Arizona and Georgia, giving them 306 Electoral College votes. Counting continues in almost every state as mail ballots are still coming in from members of the military overseas and absentee voters across the country. There is likely to be a recount in Georgia, and possibly other states, but that won’t change the ultimate result as the numbers are overwhelming:
Joe Biden and Kamal Harris will be the next President and Vice-President of the United States.

You can read President-Elect Biden’s victory speech on the campaign website, here: joebiden.com.
You can read about Joe’s campaign platform on all of the issues here.

We urge fellow Democrats to be patient with Americans that may not have supported Mr Biden and Ms Harris; they have been fed a steady diet of lies and conspiracy theories for years now, and it is our job to listen to them so that we can help alleviate their fears and educate them about the facts: They have nothing to fear from a Biden-Harris administration. We will Build Back Better as a nation.