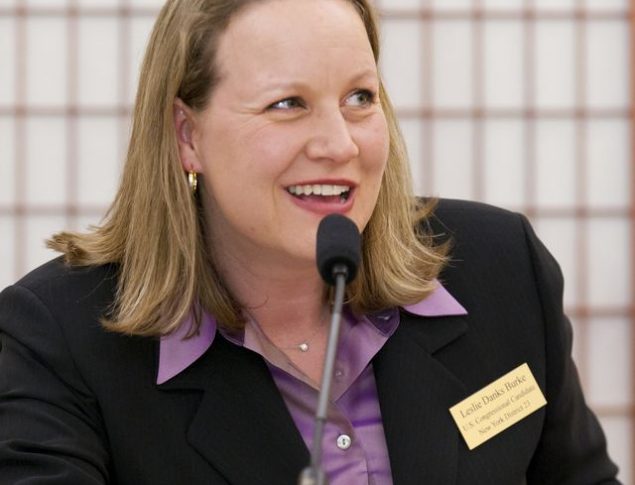 Corning voters had a chance to meet the Democratic candidate looking to unseat state Sen. Tom O’Mara in November.

The city’s Democratic Party hosted an event Tuesday to introduce Leslie Danks Burke to voters. The Ithaca lawyer has been traveling across the district collecting petition signatures.

She said she looks forward to coming back to Corning and speaking to neighbors about what they need most.