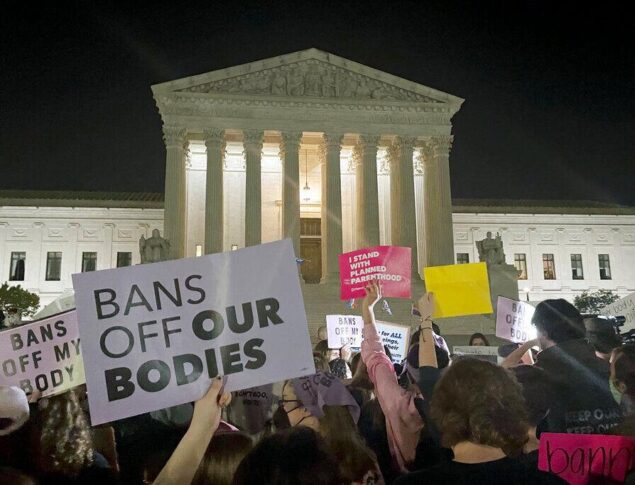 The Chemung County Democratic Committee applauds Governor Kathy Hochul’s promise to ensure that New York State will continue to protect the reproductive rights of not only women in New York, but in states where women are soon to lose those rights.  Governor Hochul stated in a press conference today  “My promise is that in the State of New York, we will not stand idly by. Anyone who needs care, we welcome you with open arms. New York legalized abortion three years before Roe V Wade did in 1973. We believe that access to reproductive health is a human right.” It is appalling that a majority of Supreme Court Justices are set to overturn 50 years of established precedent, striking down the right for a woman to make reproductive choices by allowing states to enact draconian legislation that completely strips a woman’s right to privacy of her own body and health.

CCDC chair Dora Leland stated, “As an American, this is disheartening, as a woman, this is personal, and as a mother this is heartbreaking. As a New Yorker, I am grateful to Governor Hochul’s determination to fight back against the oppressive actions of extremists aimed at stripping Americans of basic rights and protections both at the state and national level.”

The Chemung County Democratic Committee calls on members of Congress to enact legislation that would codify reproductive rights and guarantee a woman’s right to make reproductive choices.