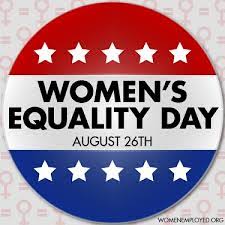 Saturday August 26 New York State, and the country, will observe Women’s Equality Day. The day commemorates the 1920 adoption of the 19th Amendment, which gave women the right to vote.  It was first celebrated in 1973 when New York Congresswoman Bella Abzug introduced a resolution to designate August 26th as Women’s Equality Day.Every President from Nixon to Obama has issued a proclamation designating August 26 as Women’s Equality Day.Today, Governor Cuomo will launch a campaign calling on President Trump to act as every president has and to issue a proclamation, affirming our belief that all men and women are created equal, and that the right to vote is genderless.
Today, August 24th, at 7:30 pm, we will kick off the call with a tweet:
I strongly urge President Trump to issue a proclamation on #WomensEqualityDay. A woman’s place is in the voting booth.
In order to make New York’s voice heard, we need your help. We encourage you to speak out and:

I strongly urge President Trump to issue a proclamation on #WomensEqualityDay. A woman’s place is in the voting booth.